Growing companies must vigilantly manage their reputations among investors, the media, Internet users and the general public.

It offers a multi-pronged approach that not only invigorates corporate identities and generates awareness, but also attracts potential investors and new business.

PAIRELATIONS, based in the Denver-metro area, serves clients nationwide. It relies on its vast network of contacts on Wall Street and in the media nationwide. These relationships have been cultivated over the course of more than 20 years in the industry. As a boutique firm, it customizes its campaigns, and responds with a personal touch, to meet the distinct needs of every client. 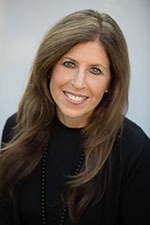 PAIRELATIONS’ CEO Susan J. Turkell is a seasoned public and investor relations specialist with more than 25 years of experience. She has both an agency and a corporate background and has worked on the East and West coasts. She has represented companies spanning a broad range of industries.

Over the course of her career, Turkell has cultivated media contacts in the national financial press as well as daily newspapers, regional business journals, broadcast media and a variety of trade publications nationwide. She also has developed relationships with key members of the investment community on both the buy- and sell-sides.

Turkell holds a Bachelor of Arts Degree in Communications from the State University of New York, College at New Paltz. She has completed additional studies at the New York Institute of Finance and The Dale Carnegie Institute. She has been affiliated with The Publicity Club of New York and The National Investor Relations Institute and is a member of The Public Relations Society of America.